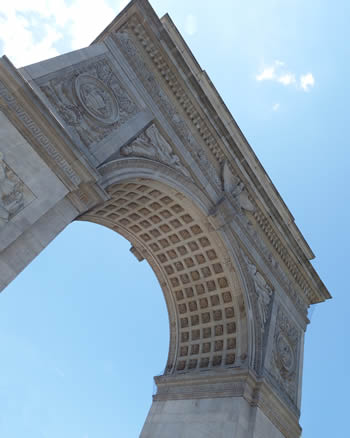 1965 was a turning point in the history of music – year zero in a revolution launched when Bob Dylan went electric, releasing Bringing It All Back Home, an album that was controversial, genre-busting – and now a classic. Folk became folk-rock and other albums that year by Joan Baez, Judy Collins, The Byrds and Phil Ochs – and in Britain, Martin Carthy and Bert Jansch – bear witness to the importance of the folk revival that was nurtured in the clubs and coffee houses around Washington Square and spread across the United States and around the world.

The following year, 1966, gave us classics from Simon & Garfunkel, Tim Hardin, the Incredible String Band, Bert Jansch and John Renbourn and of course Dylan’s Blonde on Blonde, where New York met Nashville. The hits go on and on, each subsequent year bringing forth seminal albums, released in both Britain and America, based on music which went west, from the Old World to the New, taking root in rural communities in Appalachia and beyond and flowering in the 1960s urban folk revival whose beating heart was Greenwich Village.

These are anniversaries to be celebrated… Come join us for the Folk City Music Festival.

A festival in New York

Our intention is to recreate, re-imagine and bring it all back home to Washington Square and Greenwich Village with a music festival and celebration spanning five decades of music, new and old, and in so doing acknowledge, appreciate and importantly create a legacy of this incredible musical journey for the future.