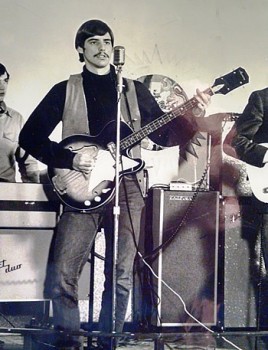 Every night the streets of the Village in the 1960s were filled with a riotous blaze of neon lights and patchouli oil; a teeming, bell-bottomed sea of peace and love with no shortage of feathers, headbands and beads. Wherever you looked indelible images appeared: a darkened doorway becoming an impromptu stage for someone to muse mystically on a native flute, fervent chanters intoning through clouds of incense, strange figures emerging out of the night fog of Washington Square looking like lost Indian scouts for General Custer – and all of it set to the endless soundtrack of ringing guitar music pouring from clubs up and down the streets.

Instead of studying in our dorm room at Bard College, a few hours north of New York City via the Taconic Parkway, my roommates and I could be found on stage at the Nite Owl Café, one of the great iconic clubs of the day. Nightly, we, the Gingermen, rocked through original tunes and bluesy classics like ‘Can’t Judge a Book by Lookin’ at the Cover’. Behind the cash register sat Cass Elliot, still some years from becoming a Mama in the Mamas and Papas, and waitress Shelly Plimpton, about a year away from starring in the original cast of Hair on Broadway. 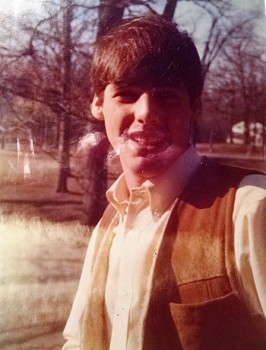 We shared the bill with Biff Rose and the Thorns, Richie Havens (who taught me how to do those cool polyrhythmic rolling strums) and, the headline act, the Lovin’ Spoonful (their drummer, Joe Butler, mercifully treating this starving guitar player to an occasional cheeseburger). Between sets I’d be off in a corner, finger-picking and harmonizing with a preppy college kid named Steve Stills. He asked me to join his band – couldn’t do it, wish I had. We hung out with “Bob”, who gave us tickets to his concert at Lincoln Center. We partied with Joan, jammed at Tom Paxton’s apartment with Phil Ochs, Malvina Reynolds and Pete Seeger; caught the Young Rascals playing up the street, tried to catch the attention of Carole King and Jerry Goffin as they checked out the talent in the clubs and, after the clubs closed, ate breakfast in the dead of night with all the other musicians at Café Figaro.

Arguably, there have never been more seminal performers and composers packed together into such a small microcosm than the musicians down in the Village in the 60s. It was a hotbed of enthusiasm, optimism and creativity from which the American culture of the day defined itself, where it found its voice, where it learned to sing.

Yeah, it was a time. 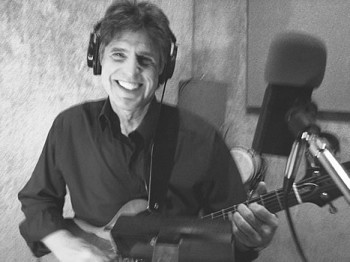